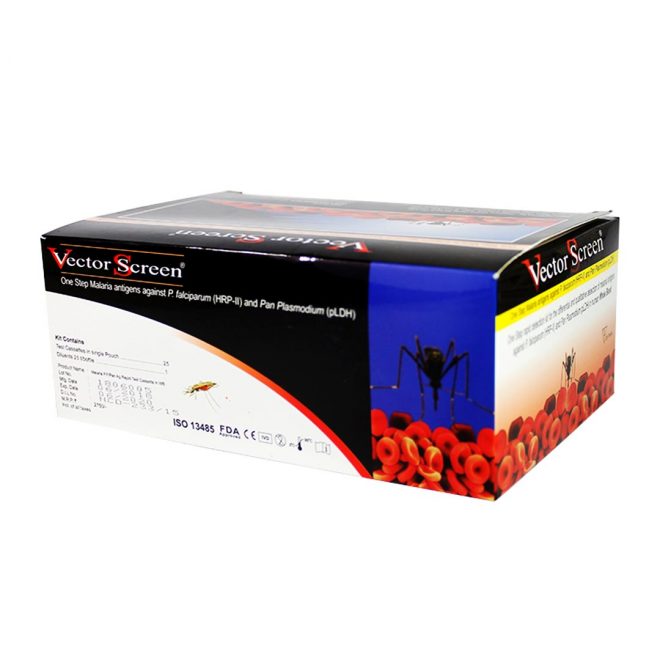 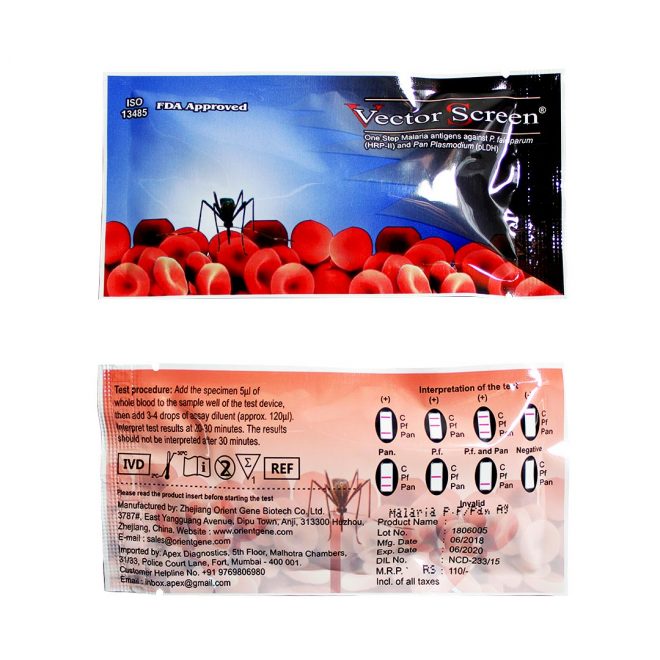 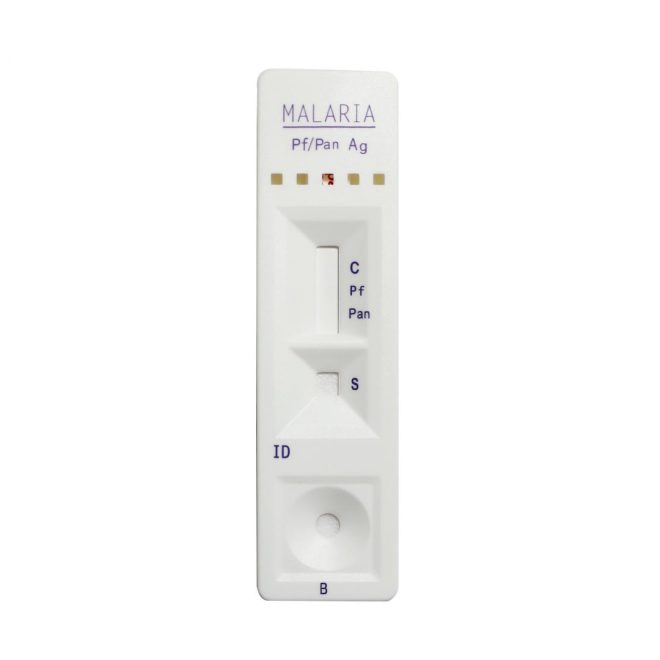 Malaria is a serious parasitic disease characterized by fever, chills, and anemia and is caused by a parasite that is transmitted from one human to another by the bite of infected Anopheles mosquitoes. There are four kinds of malaria that can infect humans: Plasmodium falciparum, P. vivax, P. ovale, and P. malariae. In humans, the parasites (called sporozoites) migrate to the liver where they mature and release another form, the merozoites. The disease now occurs in more than 90 countries worldwide, and it is estimated that there are over 500 million clinical cases and 2.7 million malaria-caused deaths per year. The VectorScreen™ Malaria Rapid Test is a rapid lateral flow chromatographic immunoassay for the detection and differentiation of Malaria P. falciparum specific histidine rich protein-2 (Pf HRP-II), pLDH (Plasmodium lactate dehydrogenase) specific to Plasmodium species (Pan) n human blood specimen as an aid in the early diagnosis of Malaria infection. 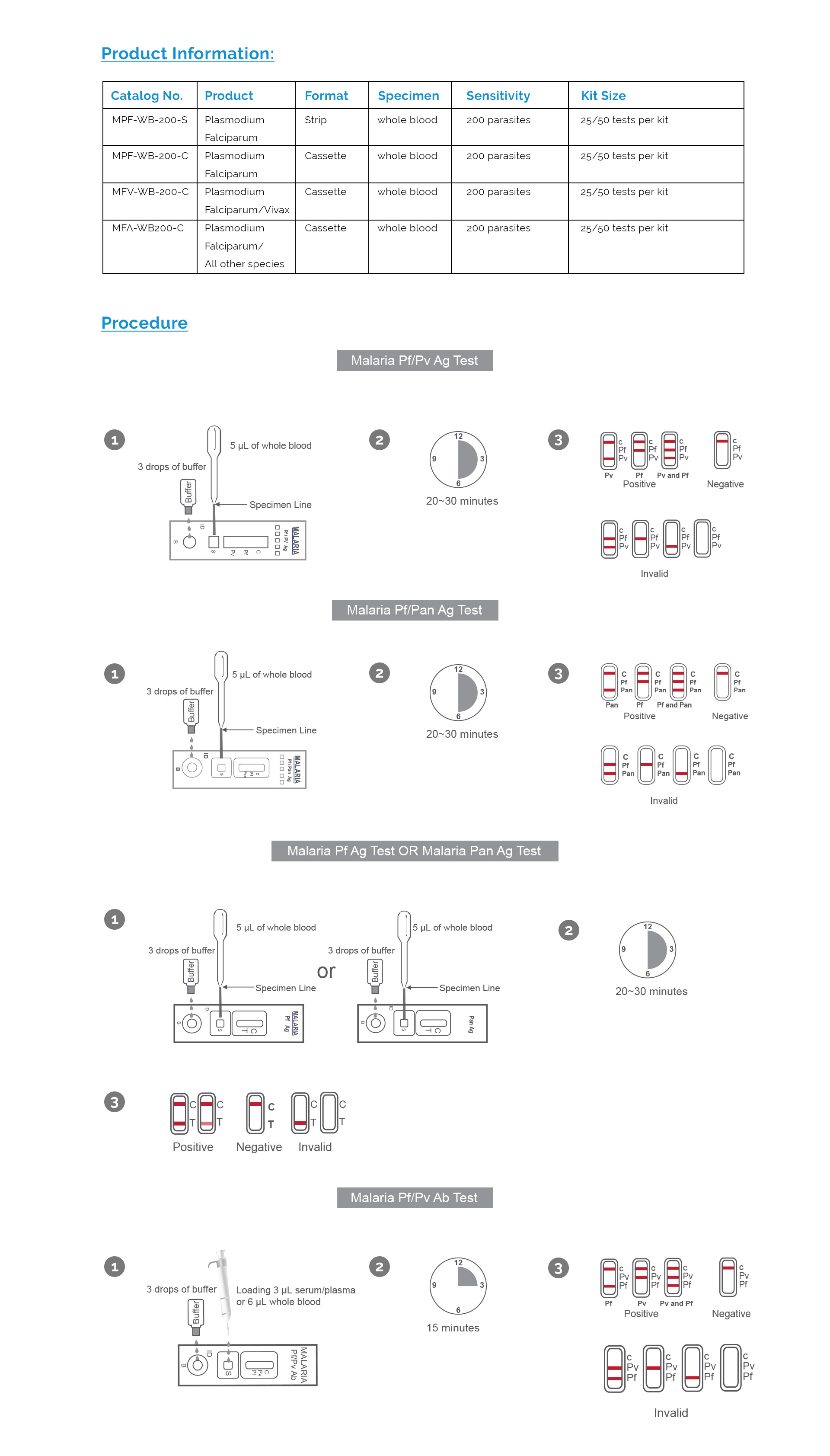