Substance abuse, also known as drug abuse, is a patterned use of a drug in which the user consumes the substance in amounts or with methods which are harmful to themselves or others, and is a form of substance-related disorder. Drugs most often associated with this term include: alcohol, cannabis, barbiturates, benzodiazepines, cocaine, methaqualone, opioids and some substituted amphetamines. The One Step Single-Drug Test Cassette & Strip format is a rapid, one step screening test for the qualitative detection of various drugs such as Amphetamine, Barbiturates, Benzodiazepines, Buprenorphine, Cocaine, Ecstasy, Marijuana, Methadone, Methadone Metabolites (EDDP), Methamphetamine, Morphine, Oxycodone, Phencyclidine, Propoxyphene, Tricyclic Antidepressants etc and the metabolites in human urine. 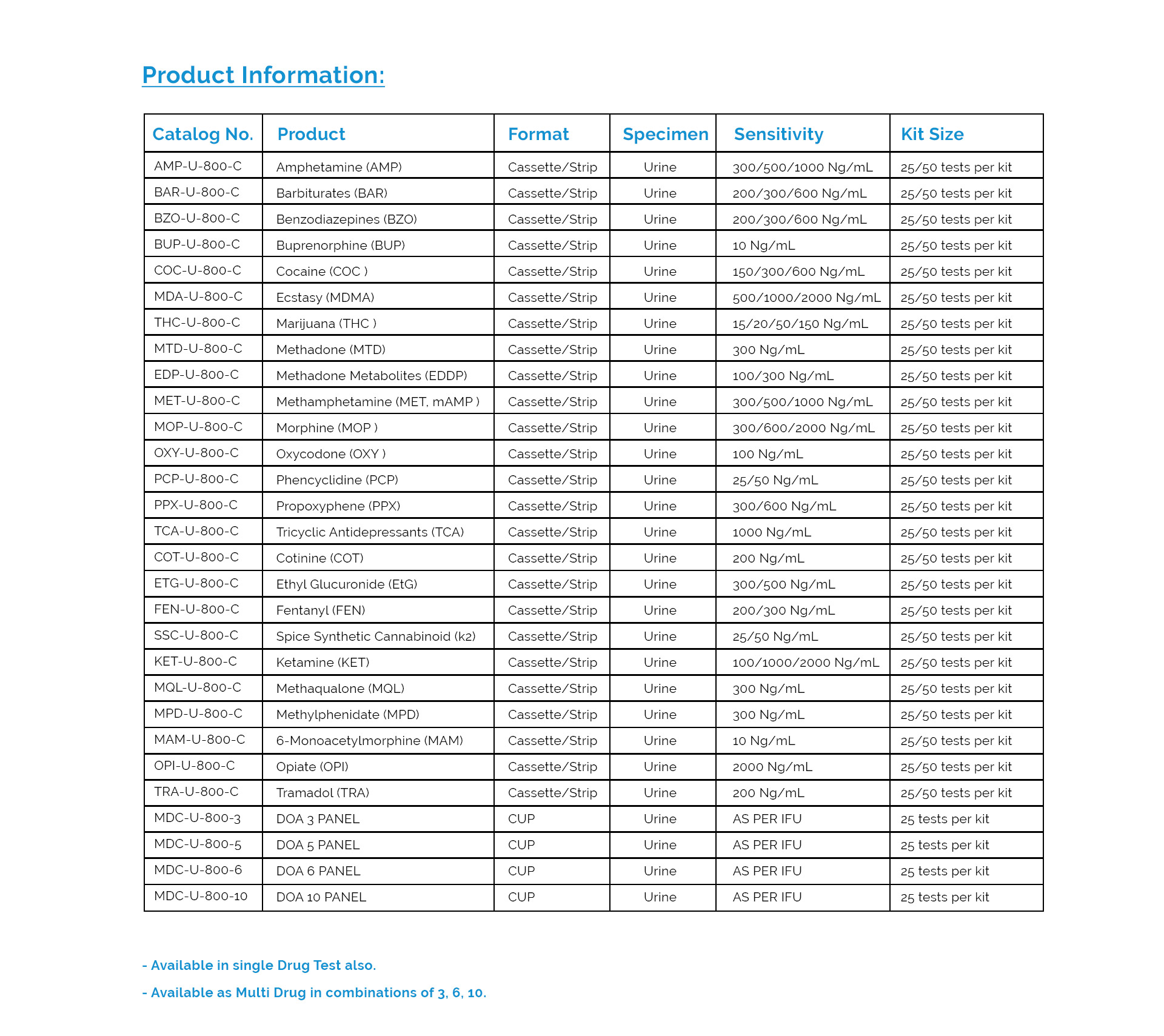