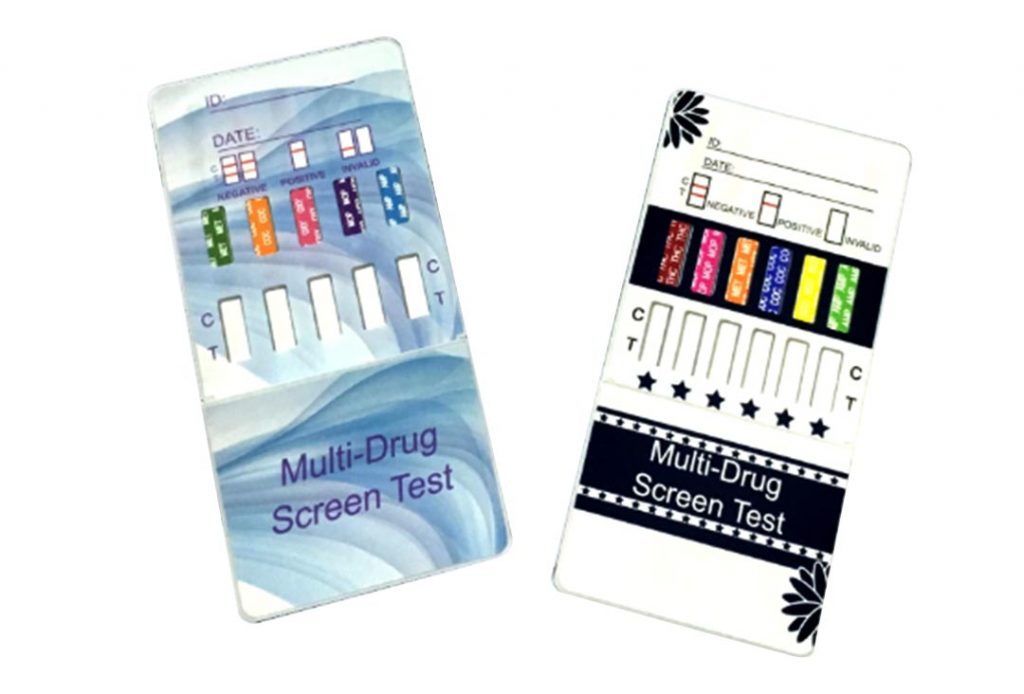 Substance abuse, also known as drug abuse, is a patterned use of a drug in which the user consumes the substance in amounts or with methods which are harmful to themselves or others, and is a form of substance-related disorder. Drugs most often associated with this term include: alcohol, cannabis, barbiturates, benzodiazepines, cocaine, methaqualone, opioids and some substituted amphetamines. The Multi-Drug One Step Drug Screen Test Panel, the Multi-Drug One Step Multi-Line Drug Screen Test Device and the Multi-Drug One Step Multi-Line Screen Test Panel with Integrated Cup (Urine)
Urine based screen tests for multiple drugs of abuse range from simple immunoassay tests to complex analytical procedures. The speed and sensitivity of immunoassays have made then the most widely accepted method to screen urine for multiple drugs of abuse.The One Step Multi-Drug Test Dip card or Cup format is a rapid, one step screening test for the simultaneous, qualitative detection of various drugs such as Amphetamine, Barbiturates, Benzodiazepines, Buprenorphine, Cocaine, Ecstasy, Marijuana, Methadone, Methadone Metabolites (EDDP), Methamphetamine, Morphine, Oxycodone, Phencyclidine, Propoxyphene, Tricyclic Antidepressants and the metabolites in human urine. 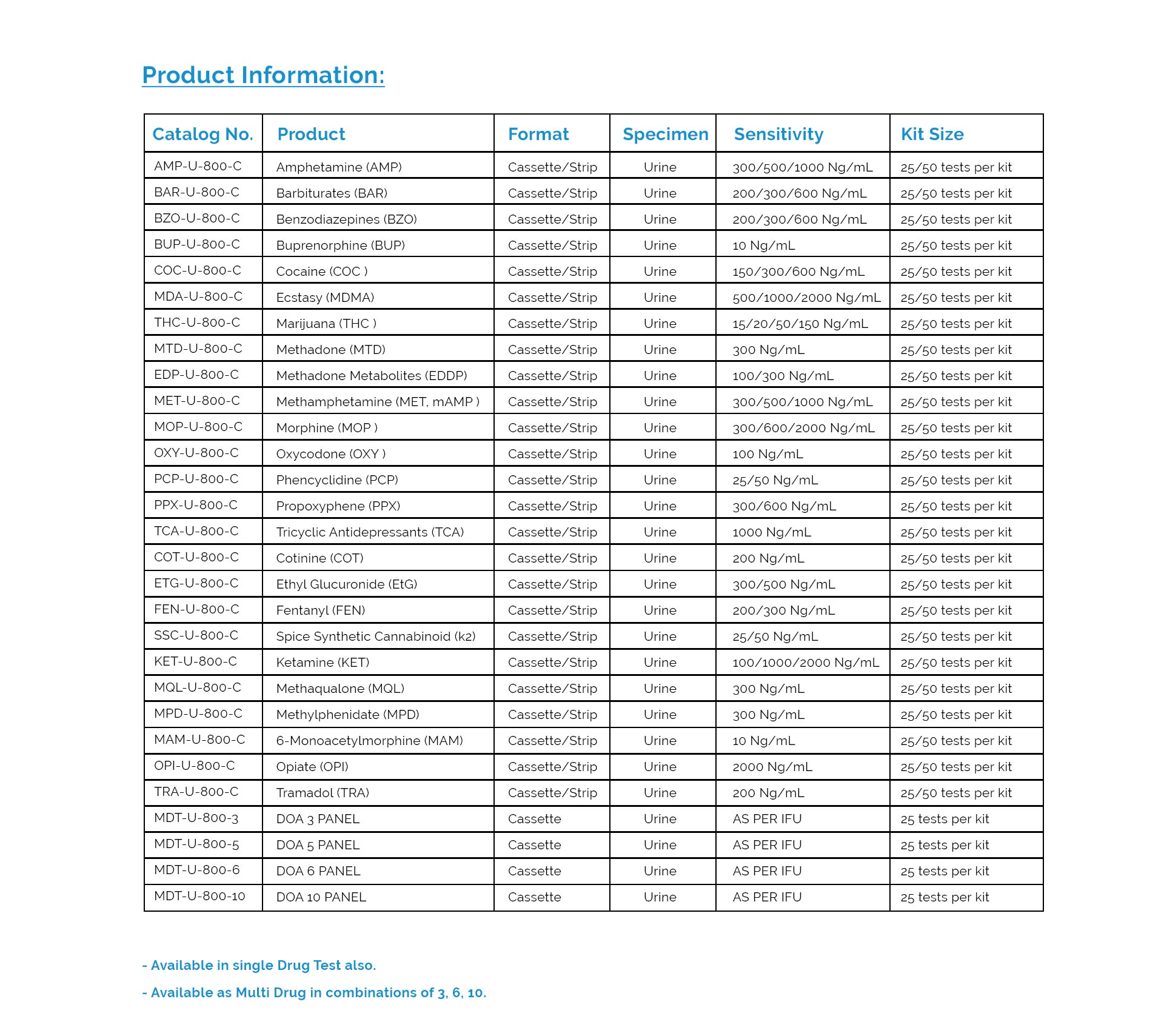